iOmx Therapeutics focuses on the development of first-in-class cancer immunotherapies addressing novel immune evasion biologies hijacked by cancer cells. By utilising its iOTarg high-throughput screening platform, the Company has identified a number of next-generation immune-checkpoints and is advancing a pipeline of drug candidates against these novel targets that have the potential to address cancers that are resistant to current immunotherapies.

iOmx has been founded in 2016 based on the work of its scientific founders Philipp Beckhove, MD, and Nisit Khandelwal, PhD, conducted at the German Cancer Research Center. 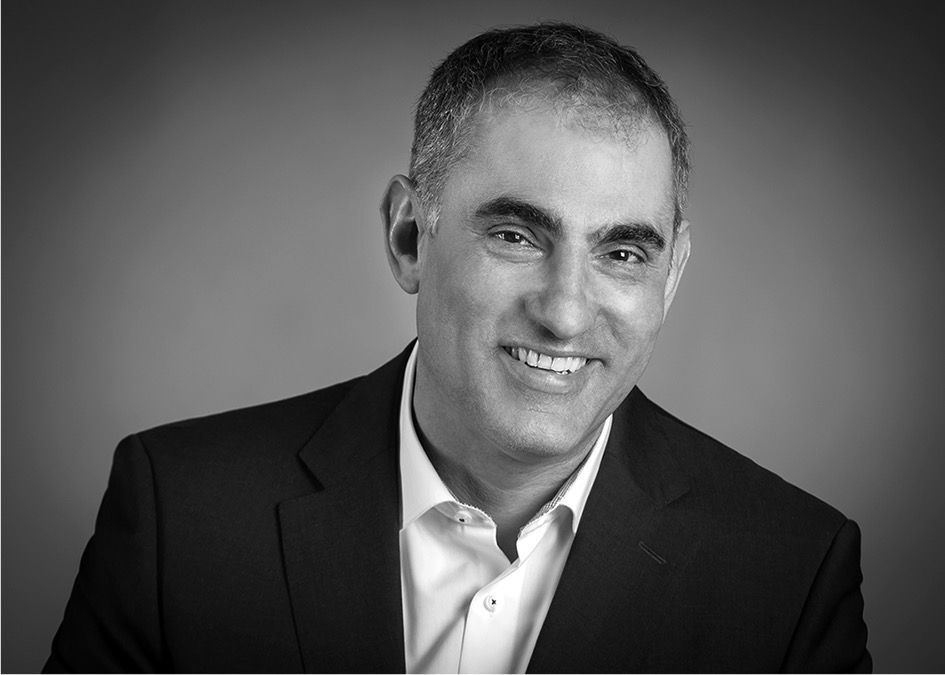 Apollon Papadimitriou
Apollon is the Chief Executive Officer. Apollon acted as Chief Development Officer at iOmx from 2017 until mid of 2019. He has a long-standing track record in biotherapeutics development and has significantly contributed to the development and launch of many biologics products. Before joining iOmx in 2017, he acted as Global Head Large Molecule Bioanalytical R&D and Pharmaceutical Sciences Site Head at Roche Innovation Center Munich. During his career at Roche, starting in 1997, Apollon held several leadership positions in Biologics R&D within Pharma Research and Early Development and has been a key contributor to the foundation, build-up and the evolution of Roche´s global large molecule research organization and pipeline. Apollon is a biologist by training and earned his PhD in Biochemistry in 1995 from the Julius-Maximilians-University of Würzburg, Germany. After a post-doctorate at the Institute for Experimental Cancer Research in Freiburg, Germany, he started his industrial career at Boehringer Mannheim in 1996 as a Senior Scientist in Biotechnology Research.
read more 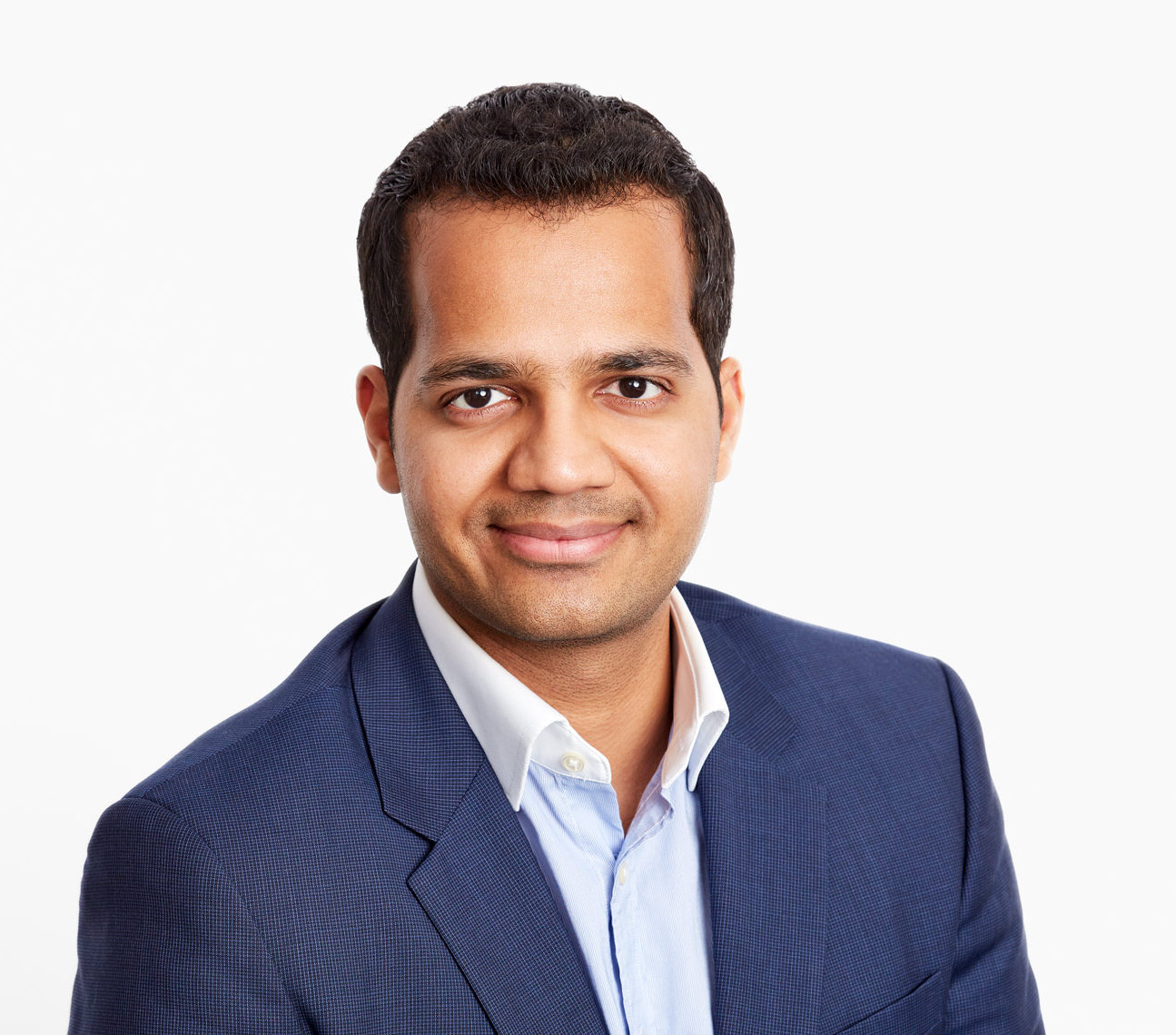 Nisit Khandelwal
Nisit is the scientific co-founder of iOmx and serves as its Senior Vice-President, Research. Prior to joining iOmx, Nisit was PI for a joint research project between the German Cancer Research Center and Bayer Health Care from 2014-2016. He is a research-driven entrepreneur with a strong focus on target discovery and early-stage drug development in the field of cancer immunotherapy. He is the lead inventor on a portfolio of patents and author of high-impact scientific publications. Nisit completed his undergraduate degree in Biotechnology from Vellore Institute of Technology in India and obtained his Masters degree in Biomedical Sciences from the University of Edinburgh in U.K. In 2011, he joined the laboratory of Prof. Dr. Philipp Beckhove at the German Cancer Research Center (DKFZ) in Heidelberg, Germany as a Helmholtz Scholar for his doctoral thesis on high-throughput identification of novel immune-checkpoint molecules on tumors.
read more 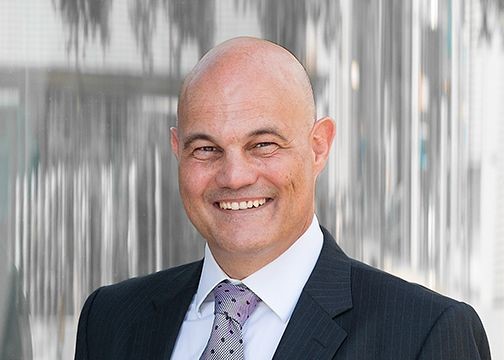 Marcus Irsfeld
Marcus is the Chief Financial Officer of iOmx. He has a long-standing track record in this position either as employee or freelancer in the life science industry. Over the last years, he has been supporting several biotech and MedTech companies in different maturity stages. In 2001, he started his career in the life science industry as CFO of ProCorde GmbH which merged with Trigen in 2006. He finally took over the responsibility for the whole Trigen Group as the sole member of the executive board of Trigen Holdings AG. Before joining ProCorde, Marcus worked in different industries, including financial controller in a German Chinese joint venture in the province Shandong in China. Marcus holds a degree in Business Administration from the University in Münster, Germany. Marcus was co-founder and CFO of Averitas Pharma Inc. (NJ) which was successfully sold to Gruenenthal.
read more 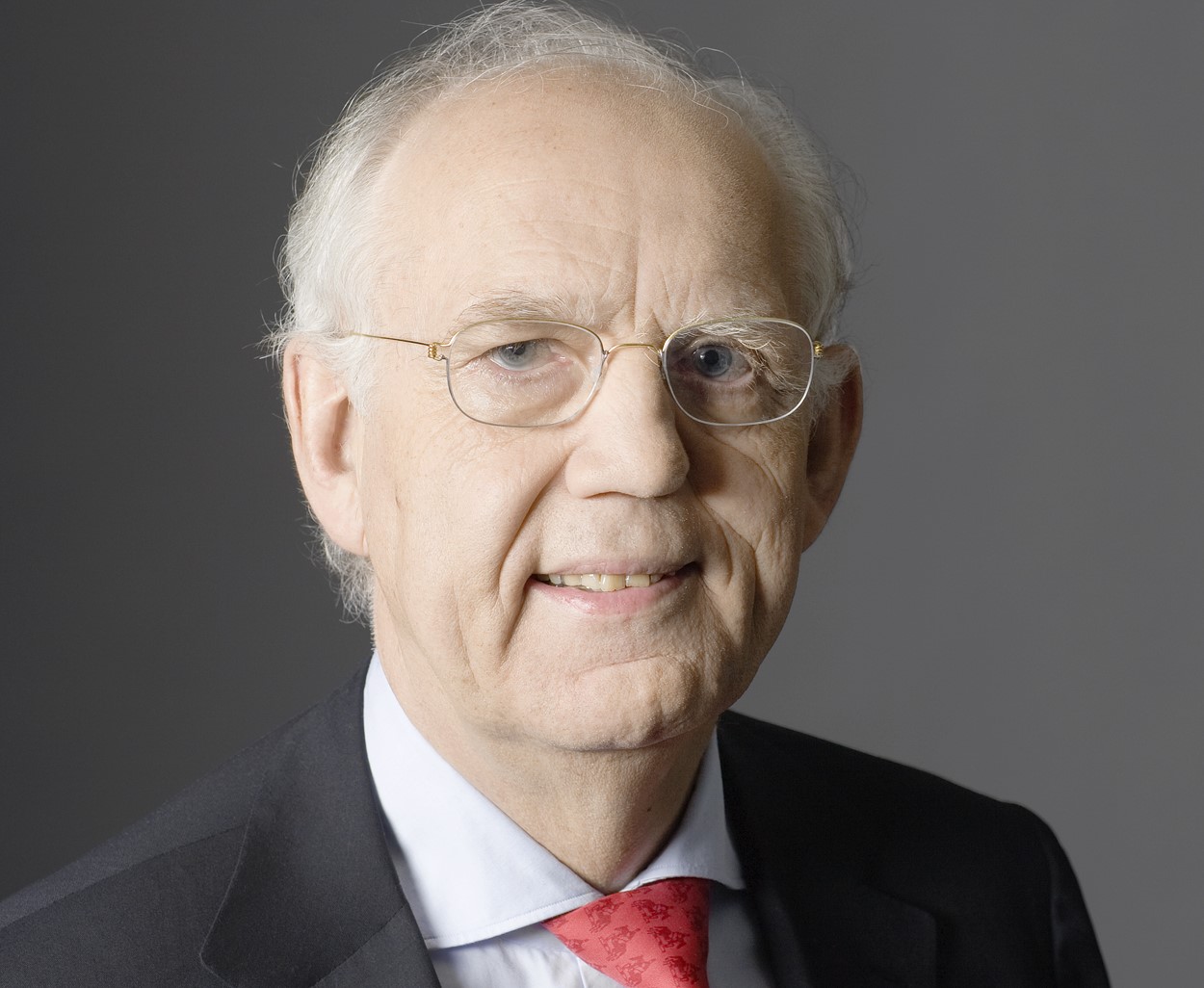 From 2003 to 2016 Dr Moeller also served as Chairman of FIND (Foundation for Innovative New Diagnostics), a PDP with the Bill and Melinda Gates Foundation. In May 2018 Dr Moeller resigned from the Board of Directors of Morphosys AG after 19 years of Service as Chairman. Today he serves on the Board of 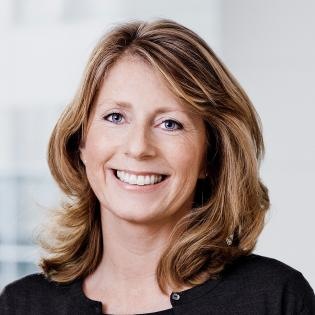 Henrijette Richter, Vice-chairwoman
Henrijette Richter is Managing Partner at Sofinnova Partners, Paris. She joined in 2014 from Novo Seeds (part of Novo A/S) where she was involved in the establishment of the group in 2007. While at Novo Seeds Henrijette was instrumental in the creation, financing and building of companies such as Cytoguide, Orphazyme, Avilex Pharma, EpiTherapeutics (sold to Gilead) and Lysogene. Henrijette is a scientist by training and started her career at Novo Nordisk conducting her PhD in the area of obesity and GH signalling. Before joining Sunstone Capital in 2004, Henrijette was a postdoctoral fellow at the MIT Center for Cancer Research (MA). Henrijette is a member of WITH (Women innovating together in Healthcare) and she is a board member of Asceneuron (CH).
read more 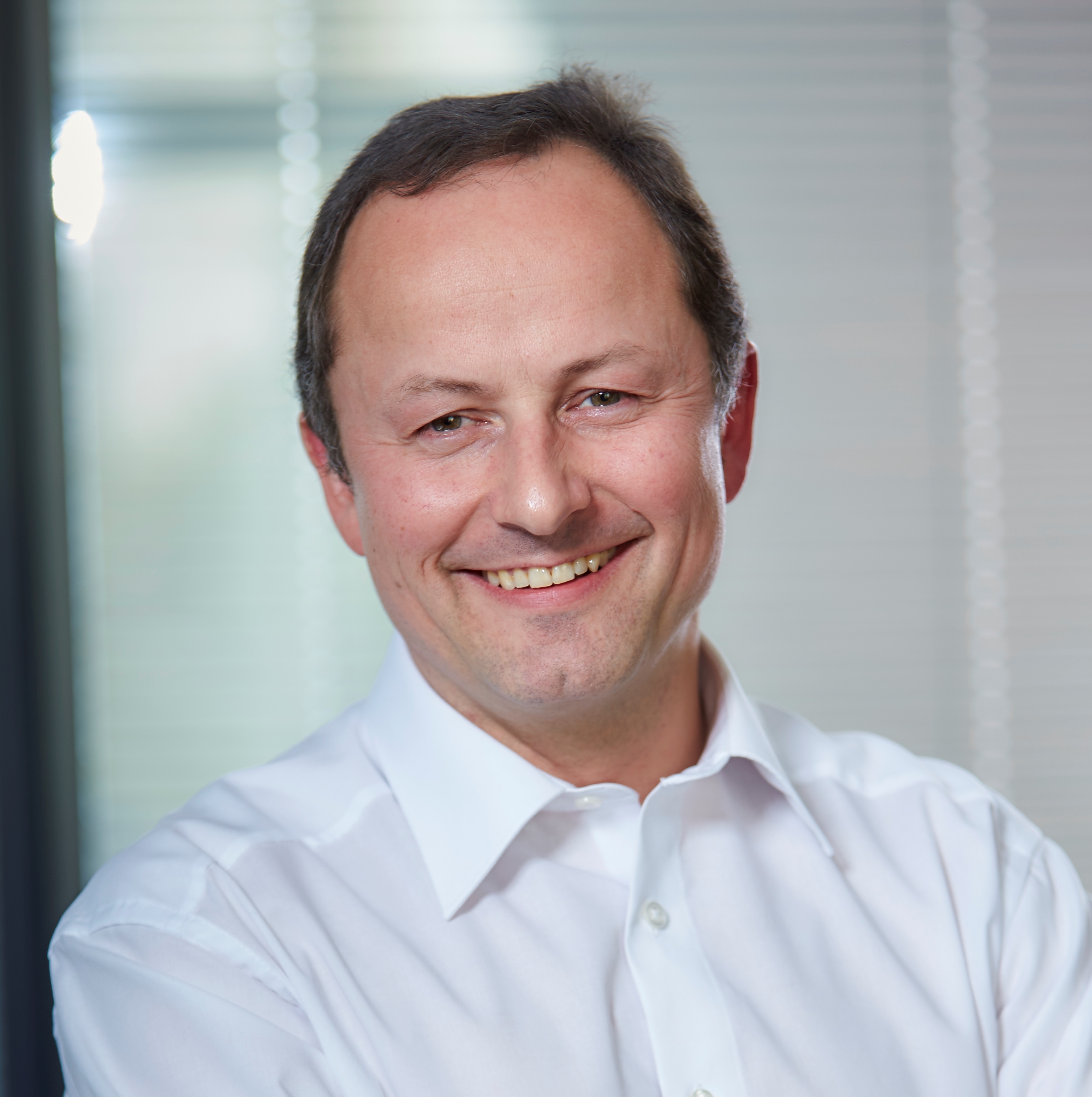 Rainer Strohmenger
Rainer Strohmenger is a Managing Partner at Wellington Partners and one of Europe’s most experienced venture capitalists in Life Sciences. His more than 22 years of investment activity have involved financing of some of the most successful European biotech, medtech, diagnostics and healthcare IT companies. In the late 1990s he co-managed Wellington’s investment in Swiss biotech player Actelion, which became the most successful venture-backed biopharmaceutical company in Europe and was acquired in 2017 by Johnson & Johnson for US$ 30 billion. He was also responsible for the investments in Definiens (acquired by Medimmune), Genkyotex (NYSE Euronext: GKTX), Grandis (acquired by Novartis), immatics (NASDAQ: IMTX), invendo medical (acquired by Ambu), mtm laboratories (acquired by Roche), NoemaLife (acquired by Dedalus), Oxford Immunotec (NASDAQ: OXFD) and Wavelight (acquired by Alcon). Prior to joining Wellington Partners, Rainer was involved in medical research with a primary focus on cardiovascular physiology and in research on health economics at the Ludwig-Maximilians-University in Munich, Germany. Rainer holds a M.D. in medicine as well as a M.Sc. in economics, both from Ludwig-Maximilians-University in Munich, Germany, and was trained at the Entrepreneurship Center of the MIT, Boston, USA. He is a Member of the VC Council at InvestEurope and a Member of the Senate at the German Association of Small and Medium-sized Businesses (BVMW).
read more 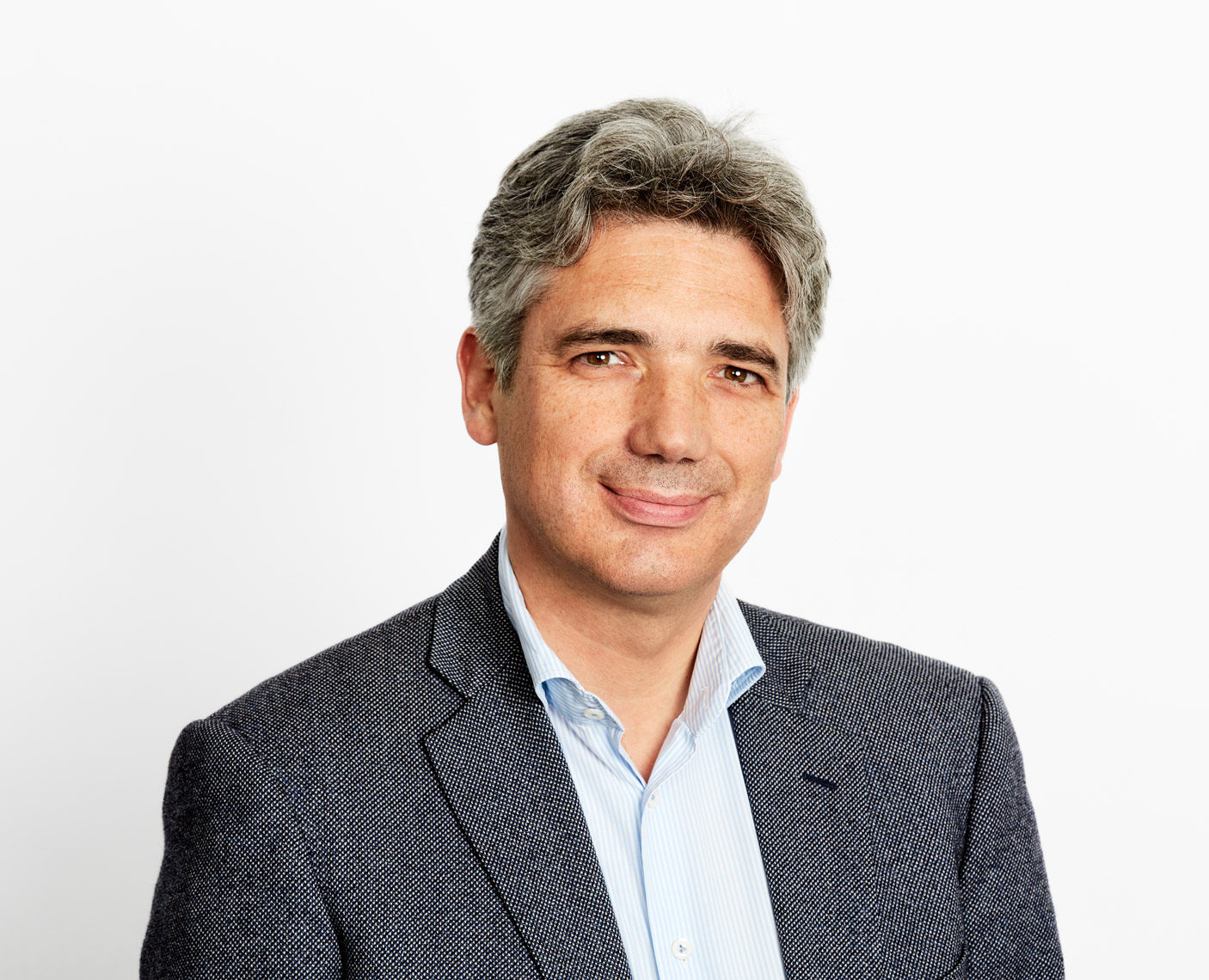 Philipp Beckhove
Philipp Beckhove, M.D., Ph.D., is the co-founder of iOmx Therapeutics and is currently the Director of Regensburg Center of Interventional Immunology (RCI) at University of Regensburg, Germany. As tumor immunologist, Philipp's scientific work focuses on translating basic immunological research into new therapies for oncology. Prior to joining RCI in 2015, Philipp headed the Division of Translational Immunology at the German Cancer Research Center in Heidelberg, Germany from 2011-2015. He specialized in internal medicine at the University of Heidelberg in 2009. As of 2009, Philipp also holds an adjunct Associate Professorship of Immunotherapy at the Comprehensive Cancer Center, Northwestern University, Chicago, U.S.A.
read more

iOmx will be supported by a high-profile team of reputed international scientists in the field of oncology, immunotherapy and clinical drug development who will serve on its Scientific Advisory Board (to be announced soon).

Philipp Beckhove, Chair of the Scientific Board
Philipp Beckhove, M.D., Ph.D., is the Director of Regensburg Center of Interventional Immunology (RCI) at University of Regensburg, Germany. As tumor immunologist, Philipp's scientific work focuses on translating basic immunological research into new therapies for oncology. Prior to joining RCI in 2015, Philipp headed the Division of Translational Immunology at the German Cancer Research Center in Heidelberg, Germany from 2011-2015. He specialized in internal medicine at the University of Heidelberg in 2009. As of 2009, Philipp also holds an adjunct Associate Professorship of Immunotherapy at the Comprehensive Cancer Center, Northwestern University, Chicago, U.S.A.
read more 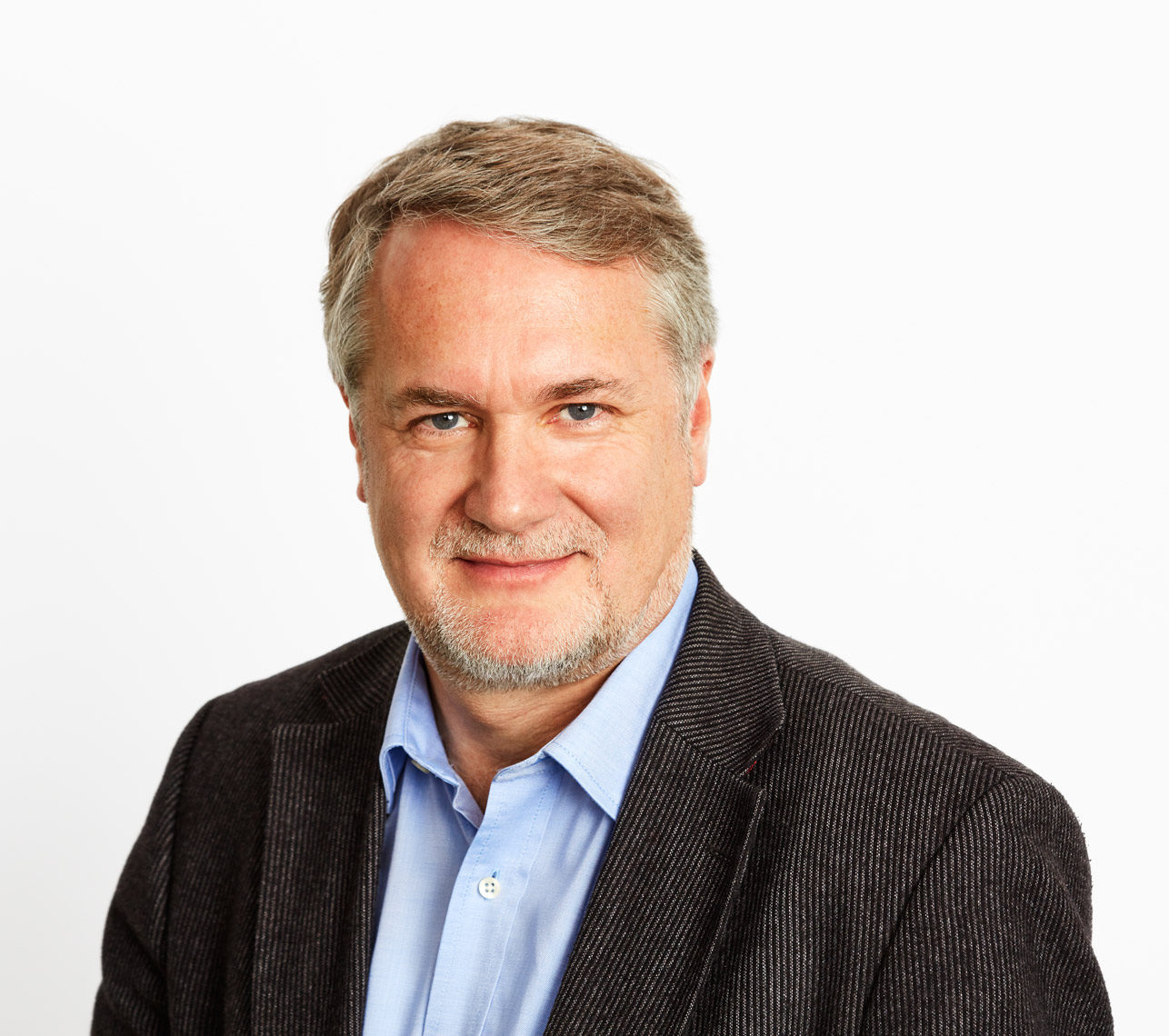 Patrick A. Baeuerle
Patrick A. Baeuerle, Ph.D., joined MPM in 2015. Patrick is responsible for the development of BiTE antibody Blincyto® (blinatumomab; AMG 103) which was approved within three months by the US FDA for therapy of relapsed/refractory acute lymphoblastic leukemia. He also spearheaded the development of the BiTE technology, the industry- leading T-cell engaging antibody platform.

Prior to joining MPM, Patrick served as Vice President, Research, and General Manager, Amgen Research (Munich) GmbH, where he oversaw translational science as well as BiTE development. From 1998-2012, Patrick served as Chief Scientific Officer for Micromet, Inc., and earlier oversaw drug discovery at Tularik Inc., a publicly traded biotechnology company acquired by Amgen (AMGN). He also served as Professor and Chairman of Biochemistry and Molecular Biochemistry at the Medical Faculty of Freiburg University, Germany, and did seminal research on transcription factor NF-kappaB at the Gene Center in Martinsried, Germany.

Patrick was rated Germany’s most frequently cited biomedical scientist of the decade (1990-1999), and among the top 50 worldwide (1990-1997). A recipient of numerous awards, he holds a Ph.D. in biology from the University of Munich, and performed post-doctoral research with Dr. David Baltimore at the Whitehead Institute of the Massachusetts Institute of Technology. He is also an Honorary Professor of Immunology of the Medical Faculty at Munich University.
read more